"Grandpa, how are we going to run this place without you?"
The old man grimaced.  He was sweating profusely now.  The bites were taking their toll.  He gestured feebly over to the bedroom bookshelves.
"It's all in there," the old man whispered.
"What grandpa?" the teen grandson asked.
"The Constitution, the Declaration of Independence," he gasped.  "All of it."
"I've got to read all that?" the young man asked.
"Yes," the old man replied.  "But, next time, change one thing."
"What grandpa?"
"Next time . . ."
"What grandpa?"
"In these times, make everyone work."
"OK, grandpa."
"No free lunches."
The old man closed his eyes.  The teen placed his hands under this grandfather's nostrils.  There was no breath.  Soon, those eyes would open again soon.  The young man's hands were trembling.  He knew what must be done, but the revolver was heavy.

"If you feed me every Saturday, I'll provide you with a steady stream of ammunition and supplies.  Then, at harvest, I take half your crop."

"That's an interesting offer," the gardener said looking up from his tomatoes.

The smug man in the polo shirt and khakis seemed satisfied.  He'd get a meal today.  He relaxed and stole a glance at his gold Rolex.


"I have an alternative deal for you," the gardener offered.  "You see that compost pile over there?"

"Yes," the businessman replied.  "I certainly do."

"If you spread it across this field," the gardener said.  "You eat today."

Guns, ammo, and bottled water;  it's all good to have.  But, if I ever go through a zombie apocalypse again, I'm not stockpiling baked beans!

The year must have been 1981.  The summer was hot and my brother and I were totally bored during our vacation stay with our grandparents.  We found an old zombie movie on my grandparent's 27 channels of that fairly new wonder we call cable television.  We'd just settled down on the couch and the floor.  Grandma was in the kitchen making supper.  We heard our granddad come in thru the backdoor and stamp the garden dirt off one last time for kicking his shoes off in the back hall.  He entered the living room and looked at us in disgust.
"You kids turn that crap off!"
"But, granddad, zombies are cool!"
"I'm paying for this cable and I'm not watching zombies!"
"OK, granddad, we can watch something else."
"I don't know why you are so mad.  Zombies aren't real."
"They aren't real to you.  Put the Braves game on!"
Granddad had been a pilot during World War II and we did what he said.  I didn't think anything more about it.  But, last week, I saw his old bomber, a B-29, sitting out in front of an Atlanta airbase. 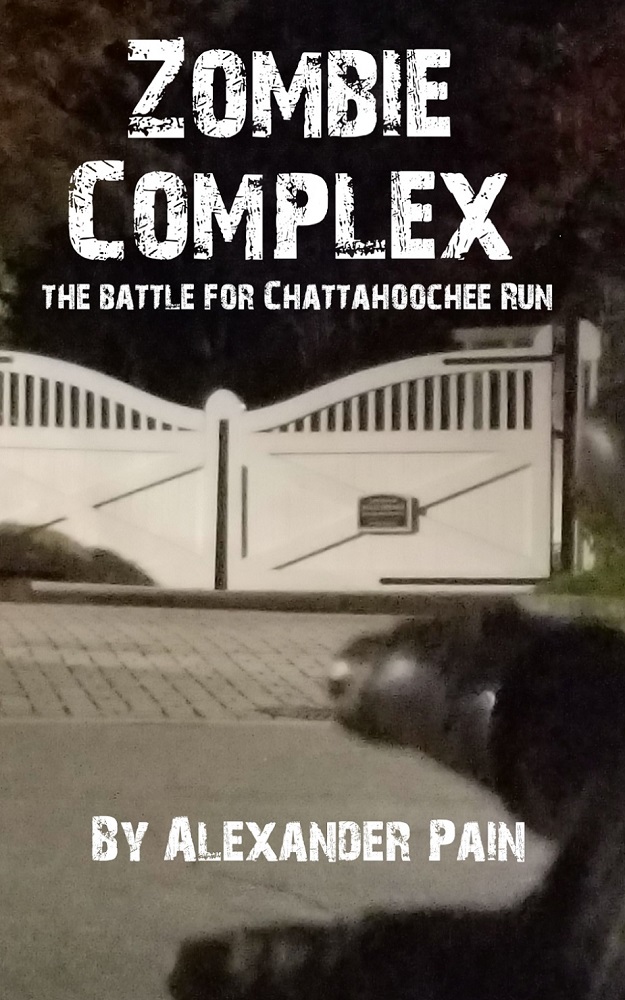 The Chronicles of Jeb (A Zombie Serial)

Zombie Complex Around the World

Alexander Pain
My name is Alexander Pain. I'm a historian of sorts. I chronicle the future yet to come. It's a future filled with shuffling hordes of zombies. These fearsome--yet pitiful--creatures have but one mission: destroy and consume humanity. In their quest to destroy us and snuff out the spark that makes us special, the Zombies also unite us. They force the living to set aside long held differences and work together to survive. When the zombies come to cities, we can't be Black, White, Asian, Indian or Hispanic. The best we can hope to be is alive today, tomorrow, and for some of the next week.